The most polite thing to say about the garden of the new house when we moved in was that it had “potential”. I’m not quite sure why we didn’t take photos of it before we started work on it, but it was a mess. Hopefully we’re going the right way to do something about that…

April 2014 – starting to dig over the planting areas which were completely overgrown.

Not many words this post (hurray!) as I thought I’d do a monthly garden update from now on (in theory) so I have something to look back on when I’m wondering what the heck we did when last year. So these are the photos from today.

Flower side with the tomato nursery by the shed 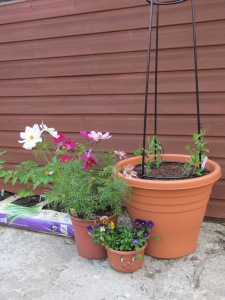 Weedy old sweetpeas! They have 2 chances….

New plant stand made by dad, ready for the herbs. Katherine’s sunflowers in orange buckets!

I’ve planted lots of herbs this evening so hopefully they’ll end up in the planter dad built for us. Did misread one of the packets and thought I was going to be growing something far more foxy than Basil Bush though!

Here’s how it’s looking as a whole now, thanks to all Kev’s hard work over the past weeks. He’s a star! 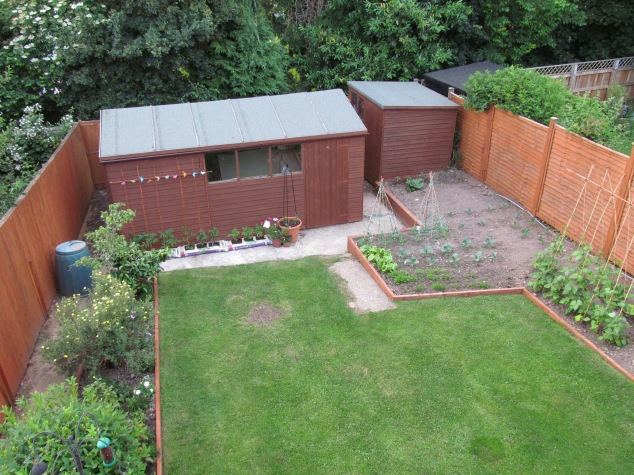 One girl's adventures in books, life and travel