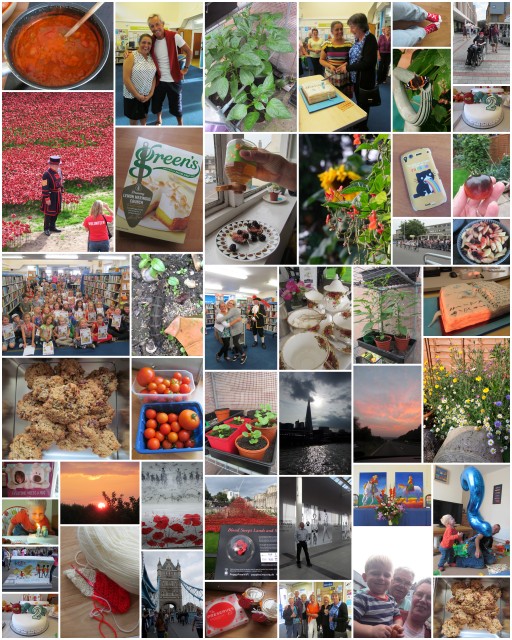 Trying not to be too groany and moany, but things are coming to an end in the garden. I did take some before photos….. 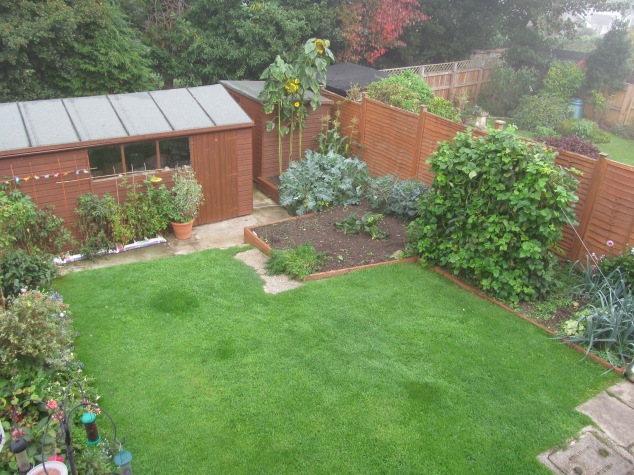 …but after this took down the tomatoes and the runner beans yesterday. There were plenty of ripe tomatoes still to be picked so made up a really tasty sauce to turn into bolognese today. Unfortunately though the black tomatoes had, largely, failed to ripen and had a thick white mould on them and had to be binned. Not sure I’d bother with them again.

Our wonderful Cosmos has finally come to an end too. I had hoped to catch it at the right moment and have seeds for next year, but unfortunately things didn’t work out that way and I’ll be down the shops buying a packet next ye

There’s not a lot going on in the greenhouse at the moment. The few winter pansies that did grow from seed are coming along reasonably (until you look at the ones I bought off the market last week!). The chilli and sweet peppers have flowered at last but whether they can stay warm enough to fruit I can only wait to see. I’d not rule out trying them again but ought to start far sooner I think.

The mint has almost finished and needs cutting back. It’s been joined by the pots of hollyhocks which will be going in the garden, if they’re not munched completely! They’ve been a bit chewed since leaving the greenhouse but, other than that, seem quite happy. I’d been blaming the slugs and snails, but perhaps they’ve had some help?! 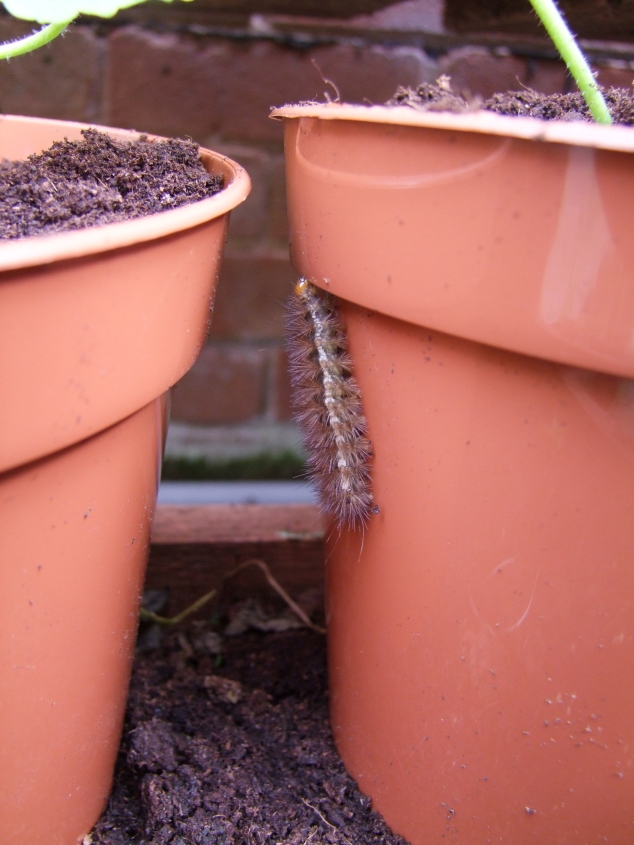 You  see what I mean about the market pansies?!

The lavender donated by Carole is doing nicely in its orange bucket and the crocus and tulip bulbs are sprouting already (at last, something early in our garden rather than late!). The gorgeous Countryfile free seeds have finished flowering. They were beautiful and hugely popular with the bees (as had been promised!). The blueberry and blackberry plants seem quite happy at the moment and have been joined by 2 bags of, hopefully, winter potatoes. These have been buried twice already and keep popping up, as they should, so more finger crossing there. 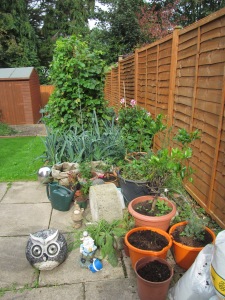 The leeks should soon be ready for picking – hurray! We have a few carrots and cabbages left and the purple sprouting broccoli, cauli and sprouts are coming along nicely. Hopefully won’t be long before we’re picking the corn on the cob too – mmmmmmm!

I did manage to miss picking a few beans…..

….which is a bit painful! But the freezer is already groaning with those we haven’t managed to eat so I’m trying to be not too sad about it.

I pulled a few leaves from the top of the sunflowers so that I could see the multiheaded little sunflower, just because it seemed a shame not to! Mr. Grumpy Sunflower is looking a bit sad for himself, though the neighbours told me this morning he makes them chuckle every morning when they see him, which is good….I think. 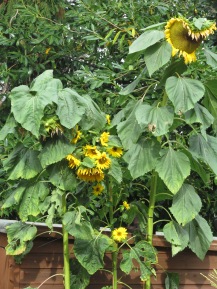 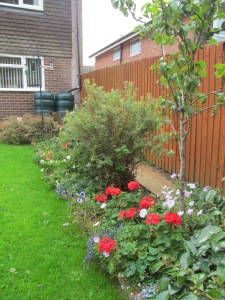 A quick nose at the flower side of the garden, which gets largely ignored apart from infrequent dead heading – or complete annihilation where the bush up by the bird feeder was concerned! Was very surprised when Kev did that without mentioning it first!

Finally a mention for our hosta, because it gets largely ignored and forgotten. It must be about 16 years old now, had been halved, repotted, moved house and still continues to leaf (?!) faithfully and has been absolutely magnificent this year. It seems very happy where it is (next to the kitchen drain!) in the new garden and has been more wonderful than ever this year. Thanks hosta!

Vegetarian food blog showing you how to create simple delicious and nutritious whole food recipes of all types.

One girl's adventures in books, life and travel